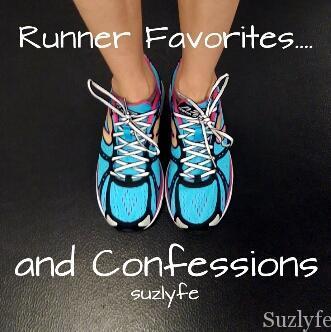 1) You all will laugh and roll your eyes about this, but I always get a bikini wax before big races. Schedule my Brazilian for 4 days prior. I’ve been getting waxed for about 10+ years now (holy crap) and have graduated from regular to French to Braz. Best wax EVER? Shobha in NYC. You won’t feel a thing, no ingrowns. also tip: exfoliate up to 24 hrs before then NOTHING hit or abrasive (wink hint nudge), not hot showers, no sweating, for another 24 hrs. Then exfoliate and go about your business. and Calamine lotion right after. Good to GO.

2) I know that many of you think I have been running for a long time, but I’ve only been running distance for 3 years! Prior to January 2012, my PDR was 6 miles.
I ran 3 halfs with Team Challenge and then 2 more halfs in Chicago before my first full, Marine Corps Marathon, in 2013, which I did with Runners World Challenge.

3) I am a completely self taught runner : though I have worked win a personal trainer, I haven’t done so since I left for college (except for a few times) and I’ve never worked with a running coach. Being flexible and no pressure is what works for me!

4) I have worked extensively with a physical therapist, specifically Missy and David at React Physical Therapy. I went from the most wonky, legs akimbo person (hello pronated ankles, Crohn’s joints, all sorts of muscle imbalances from no longer riding, no glute activation, oh and, as Missy once said, “I have never met anyone with such small muscles that refuse to give (as in, muscles like concrete and tightly wound).” They were the PTs for the pro sports teams in Chicago, and apparently I even rivaled some of them haha. It was hilarious with me working out next to giant people. Plus I was working as a waitress then. But I was meticulous about my work, I took what they taught me with what I read and re-taught myself how to run and stride properly. And added in yoga. And it has made all the difference—look at me now! I haven’t been to the PT in over a year.

5) I was anti fast growing up. Last-ish during the mile, hated running distances, the classic “I only run if someone is chasing me” kid. I would sprint (though I likely wouldn’t catch you) and I was chubby and pretty much the complete opposite of what I appear to be now. After some of the shifts of my body that occurred as a result of the Crohn’s (which I will detail later), I suddenly realized I didn’t hate running as much.

In college I ran for fitness and mostly kickboxed and lifted and ellipticalled. Then I started running midway through, and many ways it has sustained me since. My first race was a 4 miler my last year, and I finished 9th, and it blew my mind. Then I ran a 5k, and an 8k in the spring, and didn’t race again until my first half after I graduated from graduate school. Shamrock was the first time I’ve repeated a distance other than the half and full marathon!