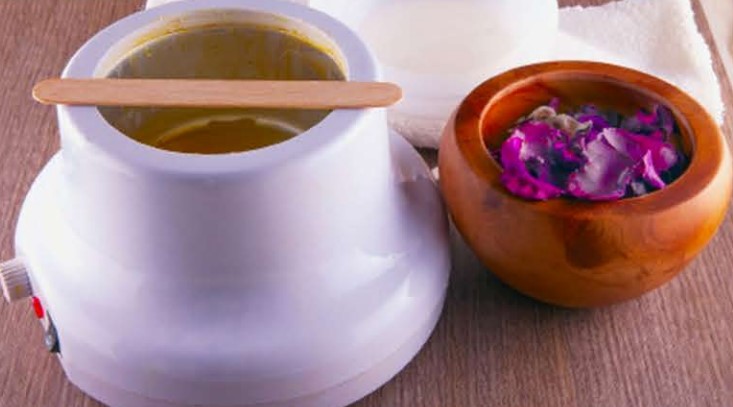 Though you’ve probably spent most of your beauty energy the past several months on the hair on your head (whether you’re cutting it, dyeing it, or plucking it) it’s now time to focus elsewhere on the body. Before you board the A train to the Rockaways or the Jitney to the Hamptons, book an appointment at one of the city’s top salons for bikini waxes—no matter your down-there-hair preference, they’ll be able to get you into a whole different kind of beach-ready shape.

The salon formerly known as Completely Bare revealed its new branding at the end of last year, but the facelift hasn’t changed its dedication to making you hairless in a luxe setting. Their signature bikini wax is on the pricier side at $75, but you can lower that price by buying a bundle of sessions. Other locations include Madison Avenue and Flatiron, and there’s more on the way, too.

Since the founders of this salons—whose names all begin with the letter J—are from Brazil, you’d figure they’d know a thing or two about swimsuit season-related hair removal. Only commit to coming here if you’re looking to take it all off, since they don’t go just around the edges. The Brazilian bikini wax is $75.

The Singapore-based chain claims to be the first salon to swear off double-dipping (where the same applicator is used to apply wax more than once), ushering in a new standard of cleanliness for a very sensitive area. They also use their own in-house formulas, including the Strip Ice Cream soothing balm, that get you in and out the door with as little pain as possible in under 15 minutes. Prices start at $40 for the bikini line and go up to $75 for the whole shebang.

Though the address and the salon’s tranquility may lead you to think otherwise, Haven is actually a pretty affordable option, starting at just $25 for a bikini wax and $45 for a Brazilian. They recommend coming in before your first session to test their waxes—a stripless hard version, the Vitamin E-infused Gourmet, and the Honey Wax—before applying it to your most sensitive area. Pricing is similar at Eve Salon, its sister location in Greenwich Village (service prices vary depending on the wax you use).

Founder Shobha Tummala created one of the city’s first salons dedicated to hair removal back in 2001, and has since developed its own line of products used both in-house and available for purchase on the go. It’s $48 for a bikini wax and $60 for a Brazilian (or $53 and $66, respectively, for sugaring), and this is one of their four locations within Manhattan. Check their site for bundle deals and special promotions, too.

This uptown salon with a sister location on the East Side has a way with words. Aside from its fun-to-say name, it’s named its bikini wax (starting at $20) the Good Two Shoes, while waxing everything off from front to back ($58) is the Full Sphinx. All of their wax options are made of natural ingredients, and if it’s your first time in the salon, you can get the Goody Two Shoes for free with the purchase of another service.

This Lower East Side salon only offers sugaring for its hair removal services, and the all-natural paste has the added benefits of being room-temperature (no risk of burns!) and slowing the growth of hair the more you use it. Services along the bikini line start at $35 and top out at $85 for a full Brazilian, depending on how much, um, removal, is necessary.

Though it’s primarily known as a hair salon, this full-service spa has its regulars raving about the waxing services here, which start at $35 for a bikini and $45 for a Brazilian.

Hibba Kapil offers both threading and sugaring—read: no wax—in her two NYC salons, the first of which opened in 2010 (the other one’s in Soho). Pricing here is competitive, with a bikini line cleanup going for $27.50 and a full Brazilian for $49.50. If you fall in love with their services, pick up a bulk membership option so that you’ll pay less over time.

Regularly appearing in the pages of Allure, Maria Bonita’s full-service salon is a waxing destination for women in the know—and given that the namesake proprietor is from Brazil, that makes a lot of sense. Waxing along the bikini line starts at $30, and the Brazilian is $49.

Brooklynites who aren’t looking to make the trek across the river (and pay higher prices) can head into this Greenpoint neighborhood salon, where a bikini wax is $20 and a Brazilian is just $35. If you’re not looking to go completely hairless, try the French bikini option for $25.