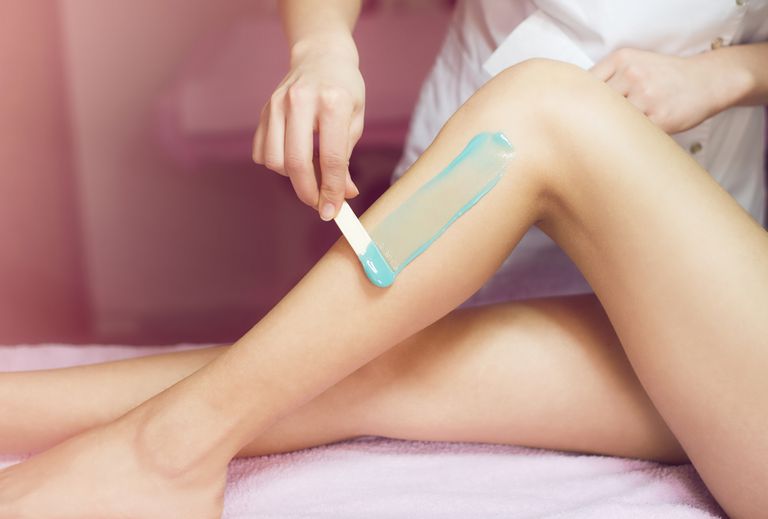 Whether you do an annual bikini-line cleanup or stay on top of every stray hair, you may have noticed changes in what pops up where. That’s because body and facial hair gets more noticeable during hormonal fluctuations like puberty and pregnancy. And when estrogen dips around menopause, testosterone dominates and fine facial hair can become thicker. You might also see extra growth if you’re using certain medications.

A word of caution: If you notice a sudden crop of dark, coarse hair on your chest or back and more than usual on your face (and there’s no obvious reason), ask for a blood test to assess your hormone levels, advises Kathryn A. Martin, MD, an endocrinologist at Massachusetts General Hospital in Boston. A glut of male hormones, including testosterone, can cause hirsutism in some 5 to 10 percent of women.

The most common culprit is polycystic ovary syndrome, but hirsutism can also come from Cushing’s syndrome (the result of your body’s being flooded with cortisol over a long period), problems with your adrenal gland, or ovarian tumors. Other signs of a hormone imbalance include irregular periods, a deepening voice, hair loss on your head, worsening acne, and weight gain. Correcting imbalances, says New York–based dermatologist Estee Williams, MD, usually results in “a dramatic decrease in facial hair.”

Whatever the reason, if you want to get rid of your fuzz, these are the safest ways.

A laser delivers concentrated light into the pigmented part of the follicle, damaging it so the hair cannot grow back. “If you think of hair as a flower, laser energy travels down the stem to the bulb, where it zaps the cells that grow hair,” explains plastic surgeon Barry DiBernardo, MD, director of New Jersey Plastic Surgery. But since only 10 to 30 percent of hair is in the active growing phase at any given time, you’ll need multiple treatments to nab each actively growing follicle.

✖️Cons: It’s pricey—$150 to $500 or more per session (depending on the area, location, and practitioner), plus yearly touch-ups. It treats only dark hair, so it’s not useful for white, gray, blond, or red strands. Lasers are also tricky for dark-skinned women, as they require color contrast between hair and skin. “If you’ve got very light skin and dark hair, there’s no problem,” Dr. DiBernardo says. “If your skin is darker, the skin pigment is competing with the hair pigment and a laser can accidentally cause little white blotches.”

That said, lasers with longer wavelengths work safely on dark skin tones, although they may not be as effective as on those with fairer skin. For best results, avoid the sun, and don’t wax or tweeze for four weeks beforehand to preserve the root, which is the laser’s target.

An ultrathin needle delivers an electrical current into the hair follicle to destroy the growth center of the hair; the hair is then removed with tweezers. Electrolysis is the only FDA-recognized method of permanent hair removal, but it’s less popular than laser treatments, according to the American Society for Dermatologic Surgery, because it’s more painful and the process is slower.

✖️Where to use it: Eyebrows, sideburns, chin, nipples

✖️Pros: The results from electrolysis last forever, and it works on any skin tone and hair color. It’s great for small spots, like nipples. “Waxing and shaving are not kind to this sensitive, contoured area,” says Oregon-based dermatologist Laurel Geraghty, MD.

✖️Cons: The cost can add up—15 minutes is around $25, so overall price depends on how large an area you’re treating. You’ll need a series of treatments—from six to 10 for a light mustache to 30 or more for bikini area, one to two weeks apart.

A practitioner pulls a twisted piece of thread along areas of unwanted hair like a mini lasso to lift the hair follicle from the root. “It’s the most efficient, detailed, and hygienic way to remove facial hair,” says Shobha Tummala, owner of Shobha Hair Removal salons.

✖️Where to use it: Anywhere on the face

✖️Pros: It’s quick and inexpensive—$10 to $30 per session—and results last two to four weeks. It also is precise, involves no waxes or chemicals, and is safe for people on isotretinoin or using topical retinoids. “Threading requires minimal contact with the skin, unlike waxing,” Tummala says.

✖️Cons: Threading can cause temporary redness and may trigger breakouts if you’re acne-prone.

A practitioner applies a layer of cool or heated wax or cool sugaring gel to your body, smooths a cloth on top, and then tears it away, yanking the hair out from the root.

✖️Where to use it: Bikini, legs, armpits

✖️Pros: It’s not too pricey ($60 to $75 for leg wax, $26 for underarm sugaring), and results last two to four weeks. Over time, the hair bulb gets damaged from being pulled out at the root, so hair grows back finer and less densely, says Dr. Geraghty. Sugaring is gentler on skin than waxing, and there is no burn risk, since it’s not heated.

✖️Cons: These treatments can hurt, especially if you have sensitive skin. Skip them if you’re on isotretinoin or using a topical retinoid, because these sensitize the skin, leaving you vulnerable to scarring. Always apply a thin layer of cortisone cream ($7, Amazon) post-wax to prevent ingrown hairs and bumps.

A practitioner gently “shaves” off dead skin cells—and hair—using a surgical scalpel. Don’t worry that hair will grow back thicker. “Hair can sometimes feel more blunt or coarse after shaving, because it’s sliced off at a sharp angle,” Dr. Geraghty says.

✖️Where to use it: On the face

✖️Pros: It’s painless and safe for all.

There are several over-the-counter FDA-cleared gadgets for hair removal, like one by Silk’n that uses pulsed light energy and one by Tria with diode lasers similar to those used by a dermatologist—both of these destroy hair follicles at the root. “They’re not as powerful as in-office lasers, but they do work,” Dr. Geraghty says.

✖️Where to use it: Most anywhere

✖️Pros: Once you invest in a device (typically around $200 to $450), you can use it anytime. Treatments are generally painless, and you see results in six to eight weeks.

✖️Cons: Like lasers, these work best if there’s detectable contrast between hair color and skin color, so they’re best for people with light skin and dark hair. Even with their safety features, there’s a risk of burns and discoloration.