Men’s Journal | Manscaping: A Guy’s Guide to Getting Rid of Body Hair 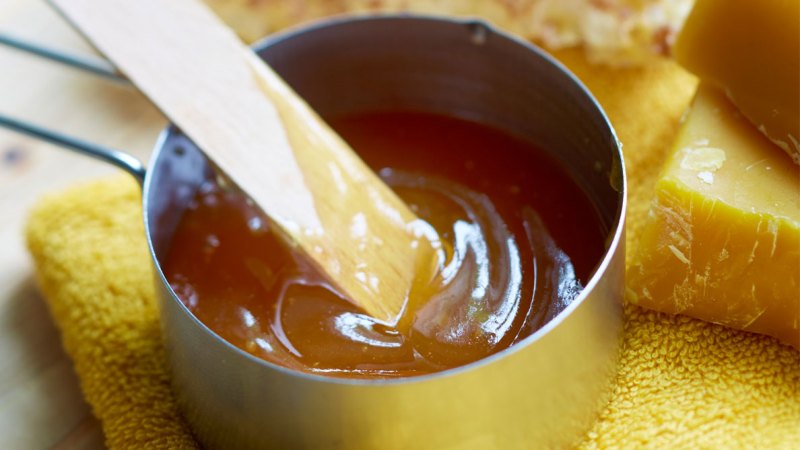 Already imagining Steve Carell getting his chest waxed in The 40-Year-Old Virgin? Relax. It’s not nearly as traumatizing.

And if you think only metrosexuals, swimmers, or triathletes would choose to go totally bare down there, think again. Hairlessness among men is surging in popularity for all types of guys, from straight to ultra conservative to liberal, according to the New York Times. Men are losing it, from their chest to well, well below the belt.

“It’s definitely not just the downtown guys getting waxed anymore,” agrees Jennifer Pesce, hair removal expert for Shobha salons in New York City, who says the chain has seen a rise in male clients by almost 30 percent this year alone. “Guys are doing it not only because it makes them feel cleaner, but also for the illusion of the ‘optical inch’—by minimizing hair you maximize the appearance of other ‘parts.’”

Stars such as David Beckham may be contributing to the male hairless trend. “There’s no question that I’ve seen a surge in men coming in for waxing by at least 25 percent in just the last year,” says Lidia Tivichi, a clinical esthetician who specializes in men’s grooming and founder of Maris Dusan Spa in New York City. “Besides waxes—aka: The Male Brazillian—popular areas for guys include feet and toes, butt, back, and chest.”

Another reason for the recent rise of manscaping? “More men are becoming open to getting waxed because their girlfriends and wives are encouraging them to clean up,” says Tivichi. “Usually men come back after the first time because waxing makes you feel more confident by eliminating a 5 o’clock shadow on your back or groin area, and helps relieve ingrown hairs caused by shaving. Plus, it saves time since you don’t have to shave daily, and eventually hair starts to grow back thinner so you don’t need to come in as often.”

Discover the best type of treatment for you to get control of body hair, and try these insider tips to make any kind of manscaping less painful.

Best for: Coarse hair (think: your groin area) because it easily adheres to skin to pull out stubborn follicles. Also ideal for men who shave since it more easily grabs different hair lengths.

Chill out: “Being relaxed makes the experience much more comfortable,” shares Tivichi. “Some clients distract themselves by texting or listening to their iPods.”

Avoid ingrowns: Exfoliating with a loofah removes dead skin cells and opens hair follicles so they’re more easily pulled from the roots. Though you shouldn’t exfoliate right before or after hair removal, doing it regularly removes debris that causes ingrowns, advises Tivichi. Also try Shobha’s ingrown relief lotion after waxing or to prevent and treat razor burn. It contains glycolic acid to help remove dead skin cells that cause ingrowns by clogging follicles, and chamomile to soothe irritation.  $22; myshobha.com.

Be hairy: Put the trimmers away and let hair grow to at least one quarter of an inch before your appointment because hairs must be long enough for the wax to stick to for effective removal, says Tivichi.

Best for: Those with sensitive skin as it’s less sticky and irritating than waxing.

You can DIY: “Sugaring is wonderful for at-home use because it’s water soluble for easy cleanup,” says Jennifer Pesce, hair removal specialist for Shobha salons in New York City. “Just be sure you’re holding your skin taut before removal for best results.” Shobha’s sugaring formula is so natural that it’s edible—using only sugar, lemon juice, water, and glycerin. ($30 for the kit; myshobha.com)

Keep it dry: “The dryer the skin, the better the sugar or wax will stick to it,” says Pesce. Use talc-free powder to remove excess moisture. Also, skip body lotion beforehand to prevent hairs from breaking off rather than being pulled from the root.

Best for: Very sensitive skin or those who use skin-thinning medications such as Accutane. “It is not irritating because the thread acts as a mini-lasso to pluck hair directly from the root rather than pulling on delicate skin,” says Pesce.

Avoid pain: Although this is the gentlest hair removal option, those especially prone to pain can pop two Advil an hour before to ease discomfort.

Think small: “Threading is good for brow shaping, stray hairs, or hair on your toes and knuckles,” says Pesce, “but it’s time-consuming since it targets individual hairs rather than large areas, making waxing and sugaring more practical for large body regions.”