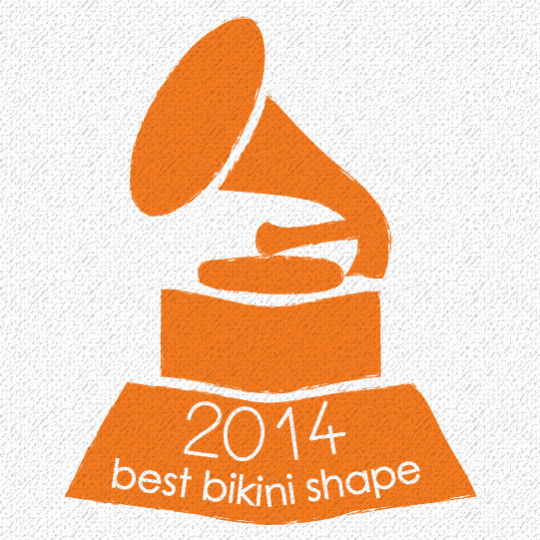 And The Grammy For Best Bikini Goes To… The Bald Eagle!

After watching the Grammy’s this past weekend, a couple of our questions have been answered & we now have new ones to ask.

First, the questions answered.
Full bush or no bush?

Both Beyonce & pink have not only bounced back amazingly after childbirth, but they are currently not (or at least not this past Sunday night) following any such full bush trend that american apparel has (attempted to?) set in motion.

Let’s look at the facts:

Beyonce’s bikini clad bottom was so skimpy that I don’t even think a landing strip stood much of a chance down there. & wasn’t it last year that side cleavage was banned? I guess nothing was written in the rules about “side bikini” this year – we’re not complaining, just observing.

Clearly pink, sided with the same hair-free ideals as bey.  Pink let this personal preference be known (whether you were asking or not) via her aerial splits – thanks for clarifying, pink.

Kudos to these ladies for proving that hairless is still in & full bushes will not be on any Grammy stage any time soon (or at least this year).  Maybe Miley or Tay Swift will step up to the challenge for next year…

Now the new question, we’re asking:
Who were those masked men (re: daft punk)? Do they have facial hair? Bushy eyebrows? A unibrow? Or are they as sexy as their mysterious getups were?

We’re asking, so please tell us!