You Beauty | When Beauty Treatments Attack 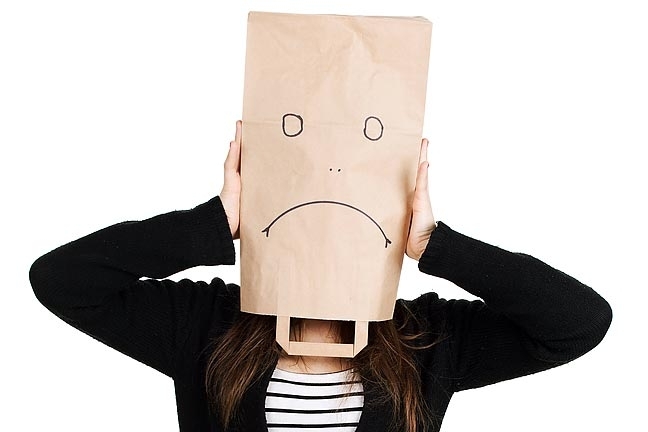 We’ve all missed the mark with pencil-thin brows or a haircut that’s really a glorified mullet. But sometimes, the drama doesn’t end there—and things get ugly.Allergies and skin infections are common doctor’s office complaints after a trip to the salon, according to YouBeauty Wellness Advisor Beth Ricanati, M.D. Often patients are unaware they’re allergic to an ingredient used during a service.

“You also want to make sure whatever equipment used is being cleaned,” Dr. Ricanati says. Look for licenses on the wall, notice their sanitation practices and ask questions.

Even still, you may end up with scary side effects. “Check it out with your doctor if it’s not going away and it’s bothering you,” Dr. Ricanati says. It’s essential to get it looked at by a professional, and your best friend wielding a tube of cortisone cream doesn’t count.

“The problem with treating things at home is that you change what it looks like,” Dr. Ricanati says. “Then it becomes harder to diagnose,” she adds.

Of course a lot can go wrong at the hands of an inexperienced technician. But beyond that, you can save yourself these beauty traumas by being in the know before your next appointment.

1. You want: Professional teeth whitening for a bright smile.

But you get: Sensitive teeth or burned gums.

Culprit: “The hydrogen peroxide that removed the discoloration lifted all that film that was cushioning the teeth,” says New York City orthodontist, Jacqueline Fulop-Goodling, D.M.D. This leaves your teeth sensitive to cold sensations.That same stain-fighting chemical can end up on your gums, if your dentist hasn’t applied the gum-protective barrier correctly, or it moves out of place. Some people report being burned by the light rays shining on the gums, and research says the UV light can potentially damage your skin and eyes.

Next time: To avoid tooth sensitivity, use toothpaste with amorphous calcium phosphate (ACP), an inorganic soluble material that supports enamel and desensitizes the teeth. Dr. Fulop-Goodling recommends her patients use an ACP-based toothpaste at least one week before professional whitening. To save your gums from being burned by hydrogen peroxide or light rays, you have a few options.

2. You want: A bikini wax that leaves you smooth and hairless.But you get: An itchy rash, symptoms of “folliculitis,” or inflammation of the hair follicles.

Culprit: Bacteria from the environment. “A weak immune system has the potential to cause adverse reactions after a treatment because the hair has been removed from the root, and the pores are open and more susceptible to bacteria,” says Shobha Tummala, CEO & Founder of Shobha, a premier hair removal salon in New York City.

3. You want: A fuzz-free face, so you get your brows or upper lip waxed.

But you get: Raw, oozing skin.

Next time: “Shy away from skin-thinning products, like Retin-A for a few days before your treatment,” Shobha says. Some derms recommend at least a week without Retin-A or OTC retinol. At the very least, avoid the specific area where you’ll be having hair removal. Accutane patients should avoid waxing altogether until they speak to their dermatologist.“Waxing is not ideal for the thin layers of skin on the face,” Shobha says. “Threading is dermatologist-recommended for individuals who are currently using skin-thinning medications,” Shobha says.With threading, an esthetician ties each hair up with a thread loop, and elegantly pulls it from its follicle in one swooping motion.

4. You want: Hair extensions that give you fuller, thicker hair.

But you get: Hair breakage, or even bald spots!

Culprit: Hair extensions applied to weakened hair. “Perhaps the hair has been weakened by overlapping the bleach on previously colored hair, too many coloring processes with ammonia-based color and frequent heat styling done haphazardly at home,” says L’Oréal Professionnel master colorist Eva Scrivo, author of “Eva Scrivo On Beauty.” “It’s usually the combination that creates the perfect storm,” she adds.

Next time: Choose which hair services are most important to you. Doing them all and then adding the weight of extensions can tip the scale in favor of breakage.Get natural hair clip-in extensions and bring them to an experienced hairstylist who will seamlessly incorporate them into your hair. Scrivo has seen her clients have full, beautiful results. “Women stop over-styling and over-coloring because they become happier with their hair,” Scrivo says.

5. You want: A manicure/pedicure for perfectly polished nails.

But you get: A fungal or bacterial infection, which yellows and thickens your nails.

Next time: Go to a salon that provides you with your own nail file kit, or bring your own. For your pedicure, take note of the kind of foot bath they use.“For piped systems, there is no way to fully disinfect them without running them in a high bleach concentration solution for at least 10 minutes and then flushing them again with clean water; this isn’t practical in a high-paced environment,” says Gabrielle Ophals, co-owner of Eve Salon in New York City.

Bacteria can get trapped inside the water pipes, and pushed back out the next time they fill the tub. For this reason, many salons such as Sweet Lily Natural Nail Spa do not use whirlpool pedicure baths. Sweet Lily offers large enameled wash basins, cleaned with a medical grade disinfectant. Eve uses a pipeless pedicure bath, with removable jets that are disinfected.“Not all jetted tubs are piped. If there are jets but no pipes then make sure they’re removing the jets between every client and disinfecting them,” Ophals advises. But skip the salon altogether if you have any kind of cut, blister or open wound—bacteria can enter the bloodstream and cause some nasty skin infections.

Another option: Take things into your own hands with a do-it-yourself gel manicure. The SensatioNailkit comes with an LED light (which is safer than UV rays) and—bonus—the polish is free of formaldehyde and other harsh chemicals.