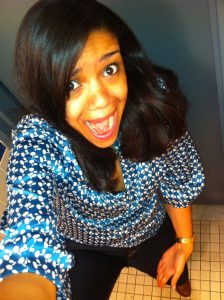 Many women wax their pepas™. The Full Monty, Basic Bikini, The Betweeny: you name it and they’ve spread their legs and screamed at the top of their lungs after a Russian lady applies hot wax onto lips and rips off their pelitos with a muslin strip. Still, women line up to make appointments with Olga and Svetlana like it’s a regular day at a Dominican beauty salon.

I will become one of these women soon. My friend Arielis purchased a gift certificate from Bliss Spa as a birthday gift to me. I had expressed interest in the ways and pain of waxing as she has had a bare pepa™ for years. And so she thought I should stop inquiring and try it myself.

I’m excited, really. Terrified as well but definitely excited to experience the hair removal process that many women have already undertaken. I feel like I’m becoming part of a family of bare pepas™! Aaaaw! And so in the spirit of family, I decided to call Bliss Spa this morning and book my waxing appointment. But first, a little pep talk.

“I will not be a pendeja! I will not cry! I will not claw Svetlana’s arm when she removes my stubborn hair!” I coached myself and my pepa™. And right when I was dialing their number, I heard disturbing news from TMZ.

Waxing can give you herpes!

According to TMZ.com, Twilight star Ashley Greene only goes to waxing salons that guarantee no double-dipping. The term “double-dipping” means that the wooden spatula is re-dipped in the sugaring gel/wax application during the waxing. This technique, according to Shobha Salon in NYC, “increases the chances that any potential bacteria from one client could spread to another.” The bacteria that can be spread can apparently be as severe as herpes. Oh, the horror!

So, is this a fact or a just ploy by Russian spa owners to steal customers from the Koreans (the salons in the hood are much cheaper!)? I did a little more research and found the following news story from WCVBTV 5 Boston. In 2009, there was an increase of eye herpes in Oklahoma and surrounding Midwestern states that was attributed to eyebrow waxing in unsanitary salons. This is largely due to double-dipping! So how do we keep safe when we don’t want to be hairy? Here are some rules:

Now that I am well informed I will pick up the phone and make the call. Be gentle Svetlana!