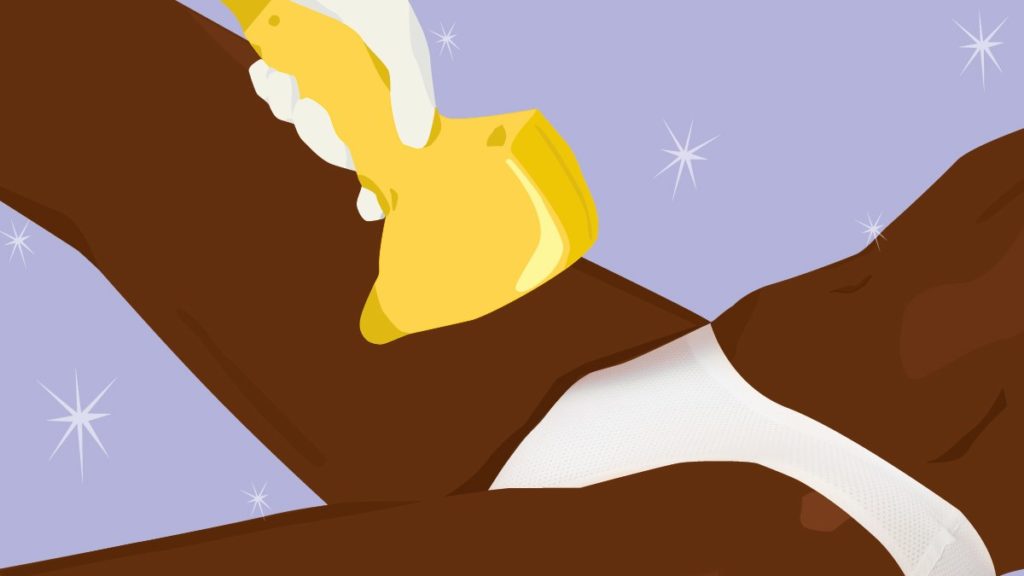 Like chalky sunscreen and limited foundation shades, hair removal lasers didn’t used to work well for women with medium to dark skin. But thanks to the growing awareness around inclusivity, along with advances in technology, those of us who were told for years that laser hair removal was a no-go due to our skin tone are now finally able to get the treatment.

First, the lowdown on lasers: They beam intense light at the follicle, causing permanent damage so hair no longer grows. But because they work by targeting the pigment in the hair—it’s the contrast between darkness in the hair and lighter skin that helps the laser focus on its bullseye—the ideal candidate has traditionally been someone with fair skin and dark hair.

For women of color, laser hair removal has been a gamble: devices weren’t sophisticated enough to completely distinguish between the pigment in the skin and the hair, meaning that they could potentially cause dark and light spots, blisters, and even scarring, in the skin surrounding the follicle, says Robyn Gmyrek, M.D., dermatologist at Union Square Laser Dermatology. But now there are smarter lasers that can be used in a much more precise—and safe—way, making getting rid of unwanted fuzz a reality for a wider range of skin tones. Here’s how to get it right.

Which Lasers to Look For

The first and most important thing you need to know is how Nd:YAG and diode lasers work for darker skin. In recent years the Nd:YAG (or just YAG) has become increasingly popular, as it’s as foolproof as it gets. “The wavelength of this laser goes deeper into the skin than a diode,” says Gmyrek. “So it more successfully bypasses the pigmentation present in the skin.” Because the YAG basically bypasses the melanin in your skin, it’s the safest option for dark skin. It’s one of two lasers Shobha Tummala, founder and CEO of Shobha hair removal, offers in her salons. (She’ll also use it for fair-skinned clients who’ve recently gotten a tan.)

But the diode has its perks, even though it might be more complicated for anyone above a 4 on the Fitzpatrick scale (the standard measure of skin type used by dermatologists, with 1 being the lightest and most sun-sensitive and 6 being the darkest). “In darker-skinned patients, the diode laser energy has to be delivered in a slower manner per pulse, leaving more time for skin to cool,” explains Gmyrek. “It also has an instant cooling device that protects pigment from overheating and being damaged.” The Lumenis LightSheer laser, one of the most popular diode lasers out there, even has a suction mechanism to distract your attention from the pain. “I would overall say that it’s the least painful,” says Estee Williams, M.D., a dermatologist in New York City.

You’ll want to minimize the chances that you’ll develop the most common laser-related side effects for dark skin: hyperpigmentation, or dark spots, and hypopigmentation, in which the skin pigment lightens. According to Williams, hypopigmentation can be harder to treat (although Gmyrek notes that it can sometimes resolve on its own), so ask your laser removal expert to do a test patch if you think you might be prone to it—just to be on the safe side.

Expect to need at least six sessions. Although darker skin can sometimes require more treatments than fair, “everyone’s different,” says Tummala. The downside is that the cost can add up quickly, as many providers charge by the session. According to the American Society of Plastic Surgeons’s 2017 stats, the average cost per session was $293—but it varies wildly depending on what part of the body you’re targeting. (Generally, the larger the area, the higher the price.)